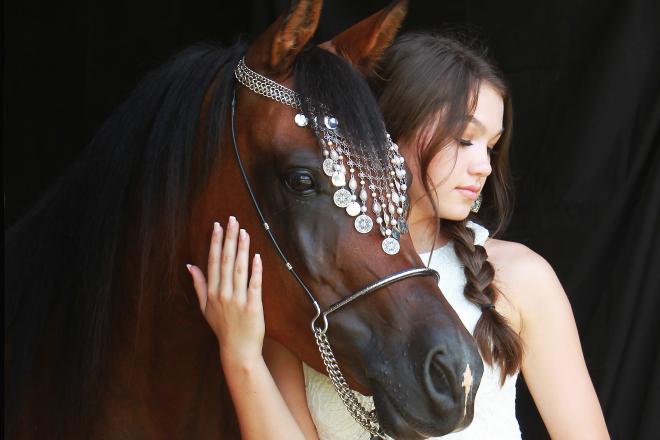 Duane and Diana Cantey, owners of Zajaddi Egyptian Arabians, a small breeding farm in Mount Vernon, Arkansas hosted a skills development photography workshop on June 29th, featuring award-winning photographer and Arkansas State University Professor of Photography and Graphic Design, Kim Vickrey Boyd-Jones.  Kim was the perfect choice to instruct the workshop and brought her many years of experience with shooting horses, and her exceptional portrait skills to share with the group.

A lot of planning and preparation were involved over several weeks to assure the event would be successful for all.  Fourteen photographers and 5 gorgeous models ranging in age from 13-19 gathered for a light breakfast, followed by a morning of beauty beyond anyone’s imagination.

As introductions were made, outfits were assembled, and horses were groomed to perfection.  The excitement was building as it was the first time the models, and many of the photographers were to meet and work with Straight Egyptian Arabian horses.   Diana gave a brief history of the Straight Egyptian Arabian horse and why it is considered rare, historical, and very special to the family.  She further elaborated that the farm is celebrating its 20th year of breeding and that she and her husband Duane are very passionate about breed promotion.  “It is important for us to educate the public about this special breed and how it is the perfect family horse. Having the opportunity to work with Kim, and host photographers who came from as far as Texas and Tennessee to participate were very exciting. We sold out the workshop in less than 72 hours after posting on social media and had several photographers on a waiting list.  The attendance was restricted to allow for a smaller group learning environment.

“I was convinced after witnessing the interactions between the models and horses, that everyone was impressed with their kind, sweet personalities.  We adorned the mares with jewelry pieces to compliment the models’ outfits, which ranged from casual to formal.  We allowed each girl to briefly meet with the horses before they posed with them.  Later I asked the models what they thought of our Straight Egyptian mares, and for some who had owned other breeds, the experience was amazing, and for the model who had never been around horses, it was a fairytale.  The mares just know and seem to have a strong intuition about newcomers.  They enjoy the attention and affection anytime and received lots of kisses and cuddles from everyone. “

The models that were used in the workshop were fabulous to work with, open to learning, very coach-able, and gave the photographers a lot to shoot with regard to outfits, personalities, and poses.  The horses were very tuned in, and the pairings were beyond beautiful.

After a few hours of shooting and admiring the horses, the group appreciated the break for lunch as the outside temps were heating up.  Over refreshing cold cut sliders, barbecue. fresh-cut fruit and ice-cold beverages, Diana shared a bit of information with the group about the current status of the breed: less than 6,000 Straight Egyptian Arabians exist worldwide and represent two to three percent of the entire Arabian breed at large.  The statistics are quite alarming as fewer and fewer farms remain operational.  One breeder shared that according to the Arabian Horse Registry, less than 200 Straight Egyptian Arabian foals were registered in 2018.  Although Zajaddi has just a few horses, and one now retired, their goal is still to focus on breed promotion.

The two special mares used in the workshop, Azaamah (1995 grey, bred by Thistlewood farm, sired by Tammen x Aleeyah, by *Ibn Morafic) and the recent addition to the farm, Roses Silhouette RH (2011 bay, bred by Jerry and Annette Boles, sired by The Sequel RCA x Minstrils Rose, by The Minstril) trace back to the ancient horses of the Bedouin tribes of Arabia. They are prized for their extreme beauty and rarity which their guardians believe is unsurpassed in the equine world.

Diana also mentioned that since establishing Zajaddi Egyptian Arabians, their goal has been to perpetuate the Straight Egyptian Arabian for future generations to enjoy and treasure.  Several horses bred by the farm have been sold abroad, and have impacted breeding programs all around the world including those in Australia, New Zealand, China, Saudi Arabia, Bahrain, Abu Dhabi, Kuwait, Israel and most recently Qatar.  Several Zajaddi-bred horses have garnered championships in halter competition, and they earned an Egyptian Event Breeder’s Excellence Award in 2010 with the yearling home bred colt “Zaarakh” who was exported to Kuwait.  Azaamah is the foundation mare at Zajaddi and had 6 foals bred by the farm.  She was officially retired this year.  Her total progeny was eleven, including undetected twins in 2009.  She was leased to The Imperial Egyptian Stud in 2005-2006 for two breeding seasons.  She produced a yearling champion futurity filly named Beveerah by Imperial Baarez, who they claimed was one of the best they had ever bred.  Azaamah is well respected among breeders as a top-producing daughter of the celebrity-famous stallion Tammen who was owned and shown to many championships by actor Patrick Swayze.  Duane and Diana are very proud to have managed Azaamah’s breeding career, and follow the journeys of her children and grandchildren around the world.  She now serves as a breed ambassador and enjoys appearing in senior high school photo shoots.

Throughout lunch, Kim provided some aspects about operating a successful photography business as well as discussed cameras, settings and featured a slide show of some of her award-winning work.  The group gathered for another shooting session in the evening, with an emphasis on “action” as well as portraits. Everyone enjoyed spending the day shooting beautiful horses and models.

The photography workshop was a great way to promote the Straight Egyptian Arabian horse with emphasis on the qualities that make it the special breed that it is, people-friendly with a kind, sweet-natured temperament, and beyond beautiful.  Many comments and amazing photos were shared in the days that followed, along with a strong interest for a future workshop at the farm. 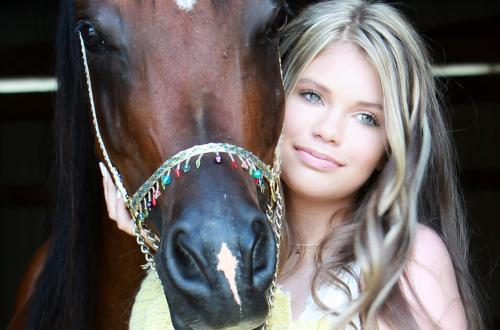 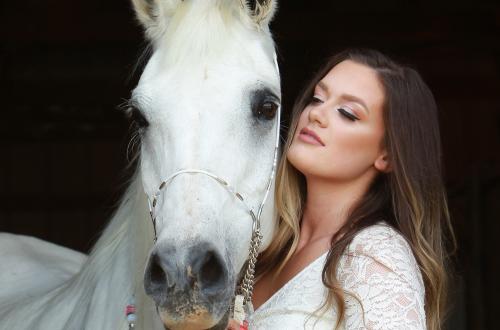 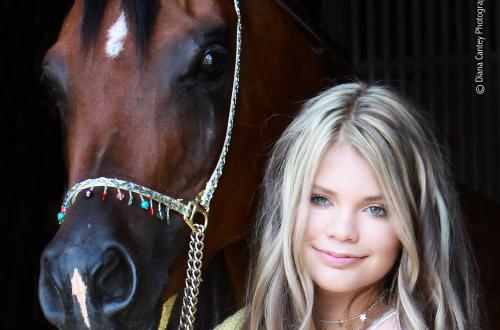 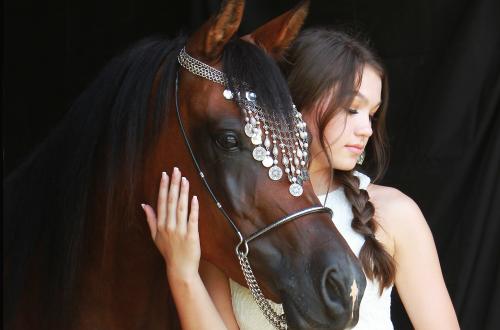 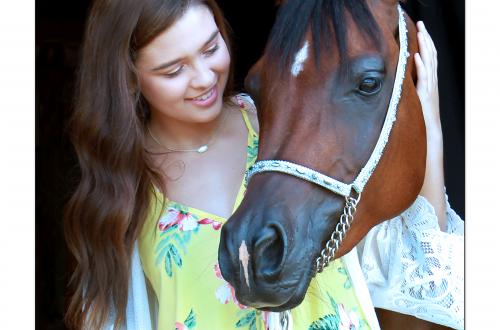 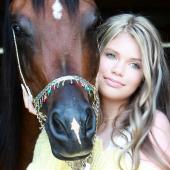 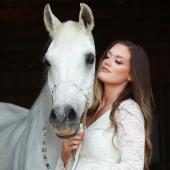 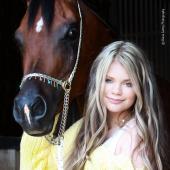 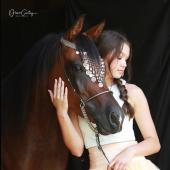 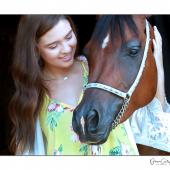