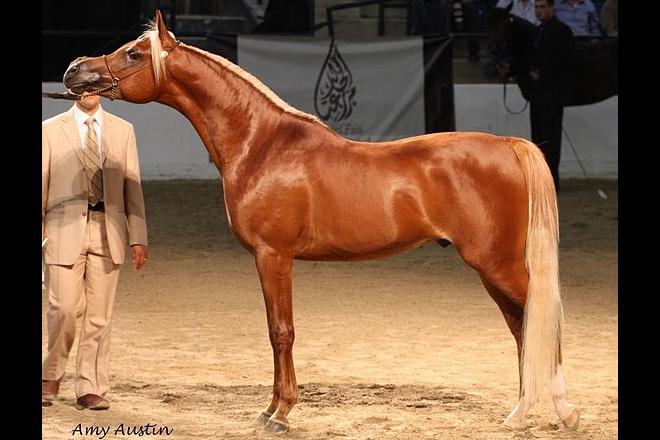 “I owe my involvement with The Pyramid Society and Straight Egyptians to my wife, Ellen,” says Michael Guillory of White Stagg Arabians in Newnan, Georgia, who is in our Member Spotlight for September! Michael’s wife, like so many others, began riding horses as a young girl. “She has been horse crazy since childhood,” Mike states, “and to fulfill her lifelong desire to have her own horse, I took her to an Arabian presentation in 2006…”

As it turned out, the presentation Mike and Ellen attended was geared towards owning and breeding Straight Egyptians. “The breeding business did not appeal to Ellen, but it definitely piqued my interest! The horses I saw presented personified the glory of the breed,” he recalls. “Although I had only minimal experience with horses, I decided then and there that I would like to give Straight Egyptian breeding a try. The more I studied the history of the Straight Egyptian, the more committed I became to starting my own breeding program. That was the genesis of White Stagg Arabians.”

Michael Guillory’s natural next step was to build a broodmare band. He contacted Mike Cimino of Colthill Crescent Arabians to learn more about the business and to discuss the possibility of purchasing one of his mares. At the same time, he continued to research other available mares, and his search ultimately put him into contact with Liz Salmon. “Through Liz, I purchased my first broodmare, the beautiful Thee Evening Starr ("Evie"), a Thee Desperado daughter, from Marty and Tonia Lockman in Georgia.” The Lockmans introduced Guillory to Talaria Farms, and that is where he decided to board Evie and is also where he became acquainted with Mike Albertini.

“My next mare acquisition, with guidance from Liz, was Romanaa Shai, a Simeon Shai granddaughter bred and owned by Susan Gilbert of Sumerlan Arabians. Susan and I struck up a friendship, and she became my mentor.” Subsequently, Michael purchased a Ruminaja Fayez daughter, Sunaara, bred by Judy Guess, from Susan. Through Susan, he also became acquainted with Imperial Egyptian Stud and he ultimately purchased an Imtaarif daughter, Imselket, from Polly Schaefer. “That acquisition completed my broodmare band, and my next step was to implement my vision through my breedings.”

Mike’s program, like so many breeding programs, is still evolving, but along the way he has experienced some great confirmations of his vision. “The 2009 Egyptian Event was one that I will never forget,” he reflects, “My beautiful original foundation mare, Thee Evening Starr, gave me the very handsome and charismatic WS Thee Antar (by Thee Asil) in 2008. It is hard to forget his striking chestnut coat, snow-white mane and tail, and wonderful temperament. Antar was a Reserve Champion Yearling Futurity Colt at the 2009 Event, the same year that Ellen's beautiful Sheikh Al Sudan (by Botswana - yes, she did get her forever dream horse!) won the Most Classic Head, Male trophy!”

Since 2009, White Stagg Arabians has seen a number of other show ring successes. Michael’s lovely mare, Romanaa Shai, became a Sport Horse In-Hand Champion, and his home-bred stallion, WS Majeed Nile Amar, a Ruminaja Fayez grandson by Madhin Nile Moon, has been Top Five in halter three times at The Egyptian Event and also a Class A Champion and Reserve Champion in halter.

“More recently,” says Mike, “on February 14, 2013, my Ruminaja Fayez daughter gave me a stunning chestnut filly with a white mane and tail, WS Marquis Valentine, by Marquis I. This little girl has the blood of three of the fabled Ruminaja siblings in her veins. We have high expectations for her.”

Michael Guillory remains a loyal member of The Pyramid Society and finds a distinctive benefit to membership. “The functions sponsored by the Pyramid Society have proven to be a great way to bring people with similar hopes, aspirations and interests together to share their knowledge and experiences in a close-knit, family atmosphere,” he states, “The Egyptian Event and the National Breeders’ Conferences are particularly valuable resources and present a great opportunity to get to know fellow members on a one-to-one basis.”

Thanks, Michael, for your commitment to The Pyramid Society and for sharing your story! We’ll look for more results from your breeding program at future Egyptian Events! 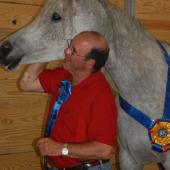 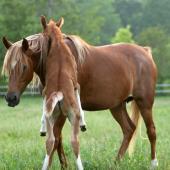 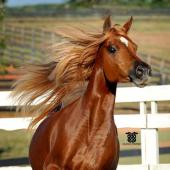 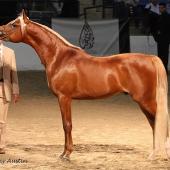 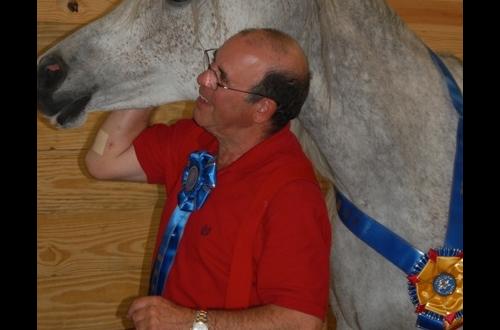 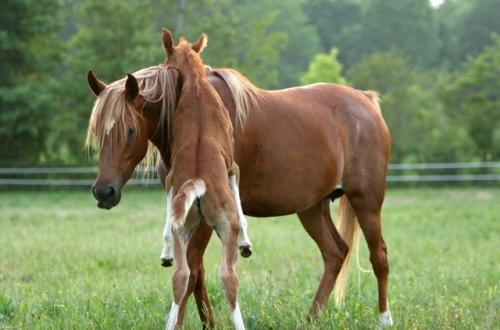 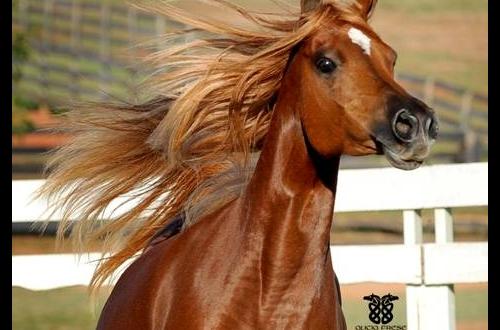 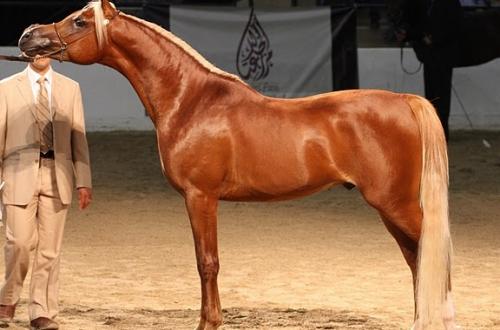