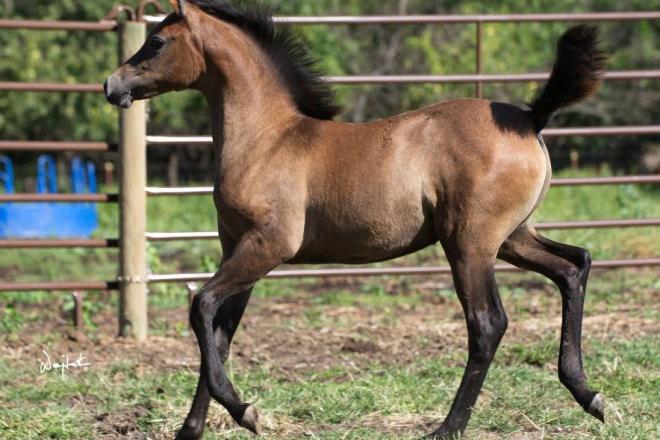 Join us as we travel to Olathe, Kansas to meet Pyramid Society member, Carol Parker of The Arabian Legends....

"Later, after I was married and had four children, I bought my first purebred Arabian mare.  She was mostly Crabbet, Egyptian, and a little polish.  Her tail female line traces back to Nejdme.    She became the foundation mare for my non-straight Egyptian Arabians.

"I have met wonderful people and made many new friends through my love affair (or obsession) with the Arabian horse. Later, some of my friends introduced me to straight Egyptian Arabians, and we decided to go to the Arabian horse show in Scottsdale and to attend the Babson seminar there. The seminar was phenomenal!  We toured nearby Babson and Straight Egyptian farms & I learned so much.

"That is when I started my quest for a grey straight Egyptian filly. I looked high and low for my ideal mare, and it wasn't until two years later when I attended a WHEAHA seminar in Wisconsin that I found her! We went on a tour of some nearby straight Egyptian breeding farms; I spotted a beautiful little filly in a back paddock and immediately fell in love with her.  Her name was Nakhda Glorieta. Her owner/breeder, Kent Mayfield and I agreed on a price, and she was mine! I brought her back to Kansas City along with a beautiful stallion, Nakhda Al Najah, for my friend Monica Richesin, who had made a lease/purchase agreement with Kent. Needless to say, Monica and I were in seventh heaven on the ride home! We had again made new friends on that trip, one of them being Mark Rustebakke, who owns and breeds beautiful black straight Egyptian horses. We keep in contact with each other from time to time, calling each other and discussing the attributes of straight Egyptians.

"One day Mark called and told me about two straight Egyptian mares that the humane society in Wisconsin had rescued.  After I saw their pedigrees and how striking these two mares were, I hooked up the trailer, talked my friend Monica into driving back up to Wisconsin with me, and off we went. Needless to say, the pictures I saw of them did not do them justice! They were drop dead gorgeous!  Even though they were thin, I had never seen mares like this before. Their movement and beauty were breathtaking.  About two years later, Mark called me again to tell me about a beautiful stallion, Nakhda Karim Shah, that Kent Mayfield had for sale. When I first laid eyes on him as he stepped  off the trailer, I thought I died and went to heaven.  He looked like the stuff fairy tales are made of! I kept running down to my barn all night to verify what I saw was actually flesh and blood and not a dream!

"I joined the Pyramid society after I acquired Glorieta. I showed her as a two year old, but things did not go well that year.  My father passed away one week before the show, Glorieta had a bout with juvenile warts, and had poked herself in the eye with something. We went home without any ribbons, but three years later, we decided to show at the Egyptian Event again along with a couple of friends from Kansas City area. I took Bella, one of the rescued mares, to a trainer. She was eight years old and was barely halter broke!  Well, she showed her heart out at the Egyptian Event and went top ten in most of her classes! One of my friends that went with me that year, Kristi George had entered two of her stallions the EBC. I decided to bid on one of them, LM Muneer, which was great fun by the way and I won the breeding!

"We love attending the Event’s morning seminars, going to the barn parties in the afternoon, and meeting up with people in the evenings for drinks and dinner.   I look forward to the Egyptian Event every year.  For me it is like a girl's night out; a time I can relax, talk about horses, learn new things, talk some more about horses, have fun, talk a little more about horses, meet up with old friends and make new friends who all have like interests in the Egyptian Arabian horse! All of this takes in world renowned horse country, beautiful Lexington, Kentucky.  What more could a horse crazy girl from Kansas ask for?" 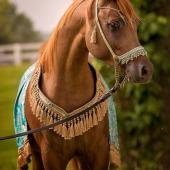 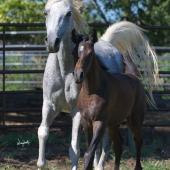 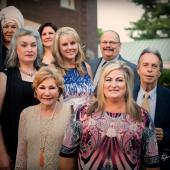 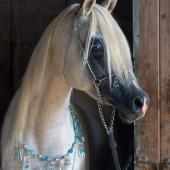 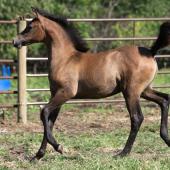 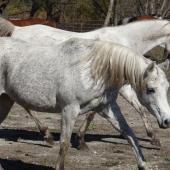 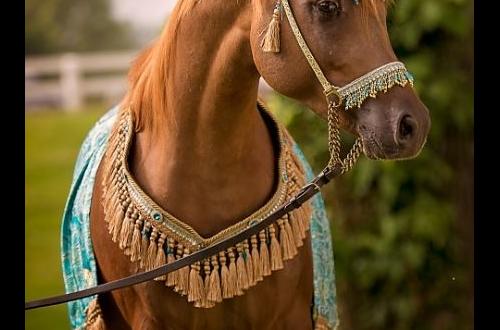 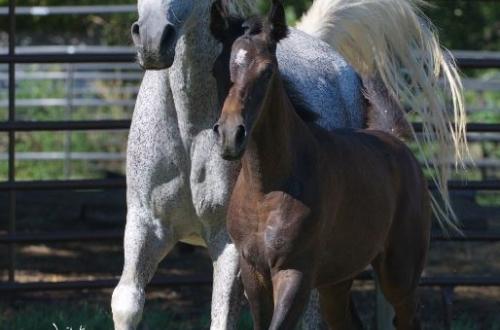 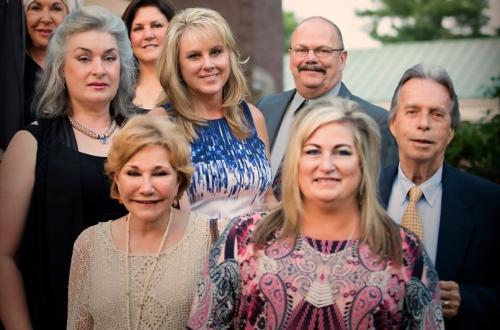 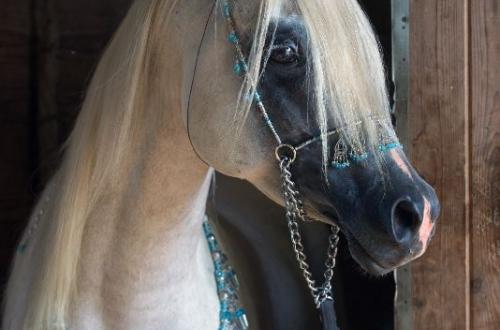 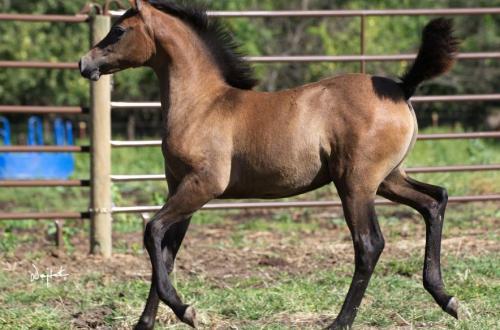 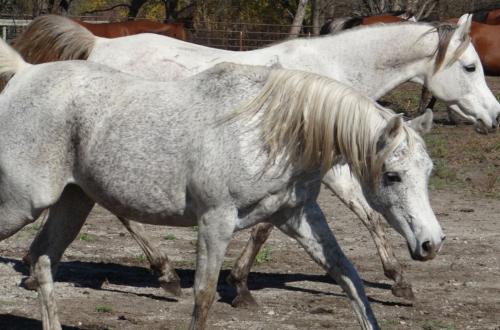