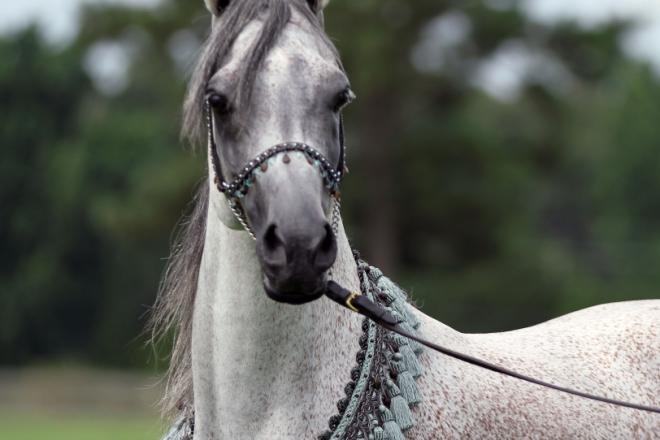 Our July Member Spotlight takes us to Jacksonville, Arkansas to meet Dr. Jan Alexander of Crooked Creek Arabians, and to learn of how her life-long love of horses brought her to where she is today.

When Dr. Jan Alexander’s son left for college, she decided it was time to once again pursue her interest in horses.  As a girl, she had owned and loved a special Quarter horse and missed the connection she had with that mare.    She had competed in local Barrel Racing events and had spent hours riding on the trails of Arkansas with her best friend, while they played at being cowgirls.

This time she was intrigued by the beauty of the Arabian horse.  She spent some time with the farm manager at Ansata Arabians, Yvette Van Natta, and was sold on Straight Egyptians.  After that meeting, she bought her first 3 Straight Egyptian Arabians in 2006.  Then in 2007, she took 2 of those horses to The Egyptian Event.   Thee Halima B, shown by Steve Diamond, was Top 5 in the Extended Specialty Straight Egyptian Stallions that year.  This was the second horse show she had attended, and she was “hooked”!  “The Egyptian Event is such a fun and educational event.  I look forward to it every year, and each year I think I have a better time than the last”, says Jan.

Jan has been expanding her herd to improve their quality, and has strived to ensure that the horses she produces are not only beautiful but functional as well.  She not only shows her horses in the Halter ring at the Egyptian Event but strives to breeds horses that are competitive in the Open Halter ring as well.  In addition, Jan feels strongly that the horses need to be under saddle as well.  In Arkansas, it is difficult to sell a horse that “looks pretty” but cannot do anything else.  “As the market is getting smaller for our Egyptian horses, I believe we are missing the boat by promoting them only as Halter horses.”  Jan has expanded her herd to 20 horses; the majority of which are Straight Egyptians.

HF El Jalal (HF Ares X HF Maymouna) is one of the Crooked Creek stallions that has done exceptionally well in the Halter Competitions.  He has earned the titles of:

• He has been a Regional Reserve Champion Stallion twice

He has been and EBC Stallion and his first filly, Jasmine CCA was EBC Reserve Champion in 2014 and was a Top Ten Egyptian Event Filly in Straight Egyptian Fillies and Futurity Fillies this year and the 2015 Mayfest Junior Champion Mare. He is currently working under saddle.

The Halima B (The Gambler X Ansata Aniq) has also done well in Halter Competitions.  He has hearned the titles of:

Today, Jan feels that the horses bring joy and pleasure to her and her husband every day.   “They definitely fill the empty nest that my son left when he went off to college, and her son and his wife enjoy the horses as well.  “I’m hoping for grandchildren soon that want to join me in my love of the Arabian horse!” 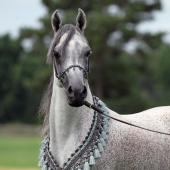 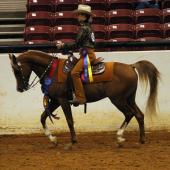 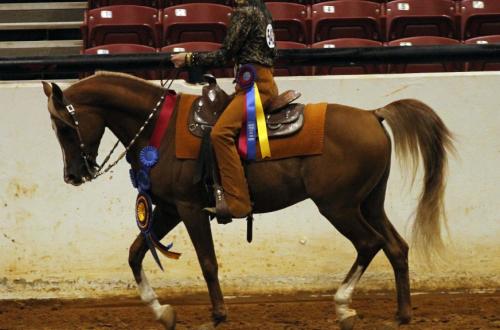