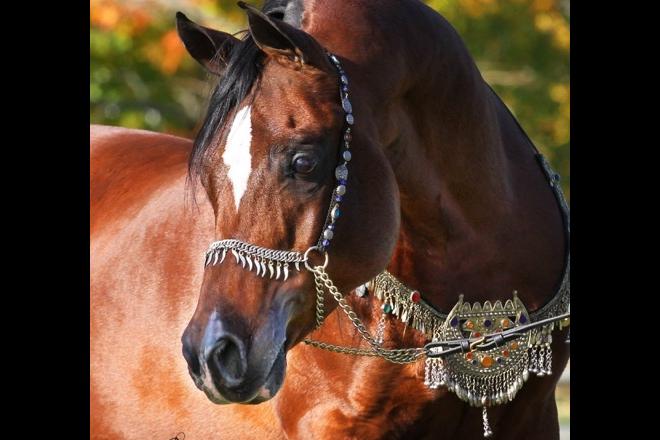 Our first Member Spotlight of the new year takes us to Shelbyville, TN. Here we get to know Danny Cable, co-owner of Asante' Arabians, and how his dreams of breeding Straight Egyptian Arabians are coming true "day by day."

It has been a lifelong dream of Daniel Cable to raise and breed Straight Egyptian Arabians. In 2012, his dream came true. He finally got an opportunity to purchase his first Straight Egyptian mare, Infidels Angel, who was sired by Thee Infidel.

Very soon after, a chance meeting of Beth Nash, previous owner of Mecca Arabians, who stood world class breeding champion Imperial Imdal+, led to Daniel purchasing Imperial Imdal's son, Heir Born. "Heir Born has excellent depth of hips and croup, excellent legs and structure, smooth body and length of neck," says Danny, "and Heir Born is the ONLY living stallion in the USA by Imperial Imdal+ out of a Shaikh Al Badi daughter. Only three stallions of this cross were born, and one of them, Shaikh Al Shamal, sired multiple Egyptian Event halter winners. The third, Imtir, is now deceased. Heir Born's dam line traces to the Babson Egyptian Imports. His fifth dam is National Champion producer Faaba who is of the same strain as triple U.S. Top Ten Stallion and National Champion sire Ansata Ibn Halima++, to whom Heir Born traces his sire line."

Soon after making these purchases, Danny called his best friend, Walt Bagar and his wife Donna. They came over to look at his new stallions. Like Daniel, Walt thought they were the most beautiful horses he had ever seen, and later that day he and his wife became co-owners, forming Asante' Arabians. Since then, Asante' Arabians has obtained five more broodmares: an Anaza El Farid daughter, an Ibn Safinaz daughter, an Imperial Imdal daughter, a Sharif Dakar daughter, and an Imtut daughter.

In March, 2014, Asante' Arabians' first two foals were born. "Heir Born sired a handsome colt, Warith Al Asante, which means Asante's Heir Apparent. His dam is Saffire MA , an Ibn Safinaz daughter. Since the day Warith Al Asante was born, he has never lost the body and substance that he inherited from his sire. With his laid back shoulders beautiful set on his neck, level top-line, and great movement, Asante' Arabians believes that he has the makings of a great show horse and sire."

Two weeks after his birth, Rakasat Al Asante, which means Asante's Dancer, was born. "Sired by KMF Ali Calypso, this beautiful filly resembles her grandsire, Calypso Dance. Her dam is Dehnaa, an Anaza El Farid daughter. We knew when Rakasat Al Asante was born she was going to be something special, with her tiny chiseled head, long set on her neck, and a movement that looks like she is floating on air. She is destined to be a show ring star!"

As a small breeder, Asante' Arabians' goal is to produce four to six outstanding foals a year. "We believe it starts with well bred mares that are put together correctly and breed them to outstanding stallions."

Daniel & Deborah Cable and Walt & Donna Bagar have traveled to the last two Egyptian Events and aren't shy to tell others how much they have learned from the seminars, classes, EBC Auction, Gala, and connections with other Egyptian horse enthusiasts. "What a great event!" Danny writes. The Pyramid Society continues to play a vital role in helping Danny and his partners make international connections and share Asante' Arabians' beautiful horses with the world.

Interested in learning more about Asante' Arabians' EBC-enrolled stallions? Check out their full stallion profiles, linked to the right! 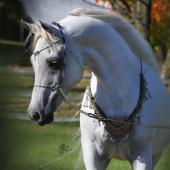 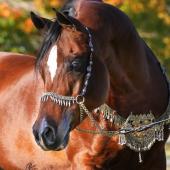 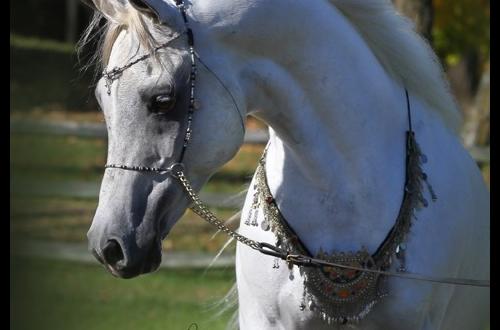 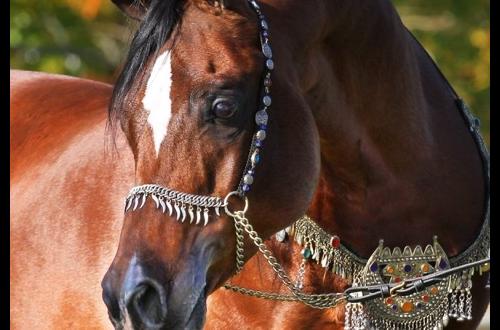