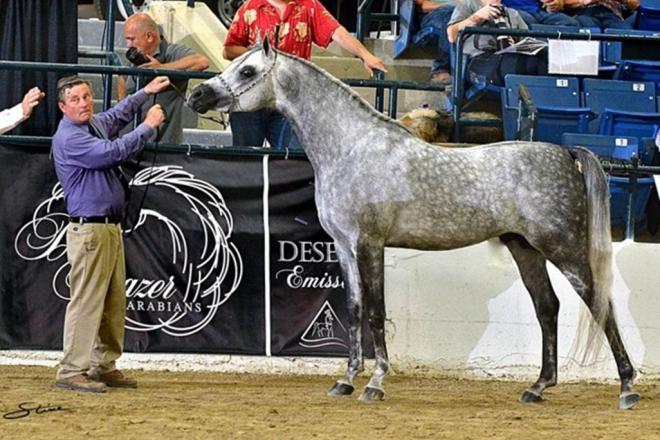 Our February Member Spotlight takes us to Stratford, WI. Here we get to know long-time member Pat Platzek of El Masr Arabian Stud and learn of her journey with Egyptian Arabian horses. As recalled by Pat…

“Born in the city of Milwaukee in a very modest neighborhood, I had a few occasions to visit horse farms with my uncle. Though only 4 years old, my passion began. Years pass, limited budget, divorce, remarry, these life experiences leaves a person more cautious and yet still devoted. Then I found myself mesmerized by the vision of *Ramses Fayek, luminous pure white with huge black eyes. He was like nothing I had seen before. Later Dr. Boshell purchased his Ramses herd and flew me to his farm to photograph his horses back in 1986. That was the year I believe his filly from our Fayek daughter Ramses Halla and sired by Prince Ibn Shaikh won the Filly Fantasia at the Event for a purse of $74,400. Yes, I cried.

Now forward a few generations. Our Event Reserve Champion Shahin El Masr (Anaza El Nizr 1st son) produced Shahara El Masr, who won the aged mare class with Joe Polo showing against several Champions and one National Top Ten Champion. Again I cried. She earned 7 -20's for on the judges’ cards! Shahara was a full sister to Sha Shayna, the dam of Mikeen El Masr who was my husband's greatest showing experience at the Egyptian Event. Mikeen not only won his class, but went on to win the ATH Championship both in 2012 & 2014. This time Dick cried…

Shayna is now owned by Inga Applequist & is being bred to Bahaa AA for a continuation of these great Egyptian lines. The most successful outcross with our mares was made possible through the purchase of EAI Silvereen who gave us Madheen El Masr, sire of Mikeen. Madheen is producing the traits we most desire. Beautiful eyes, necks shapely & well set on, balance, smooth toplines, & exotic heads. (Silvereen was the sire of the 2014 EBC & Futurity Champion, Hilal Al Sahrah ESA , bred by a new comer & friend Michelle Montaque. His dam Suhair, sired by Shahin El Masr, was born here on our farm & bred by us.

I’ve had the privilege of having great mentors and friends like Martin Loeber and Les & Lois St.Clair (in1970 before they had their Egyptians). They hired Dick's company to build their barn and stalls and I remember how excited Lois was when Bint Deenaa was born. Then there was Marianne Hacklander, a true friend and Bill & Pat Trapp with Nabiel and Linda Gentsch from the great Focus Farm with their Ruminaja Ali sons that were highly successful at the Egyptian Event. We also visited Lowe Arabians many times and admired their ultra-classic *Farazdac. Each & every one of those breeders gave an impression to my breeding program.

About 1990 we were charter members of the Wisconsin Egyptian Arabian Horse Alliance which today still shows the same enthusiasm to educate and promote our great straight Egyptian Arabians. I was privileged to be the President of this outstanding group on two elected occasions.

So you see, The Pyramid Society has given me a vision, a dream realized and a wealth of special friends throughout my quick 40 some years with these remarkable horses."

Thanks, Pat, for your contributions and your ongoing dedication to this organization and our beloved, amazing "breed within a breed." 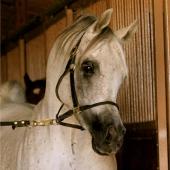 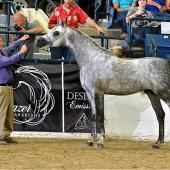 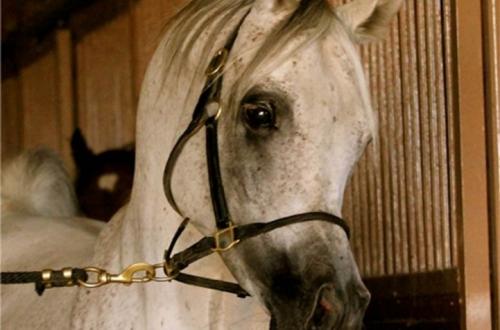 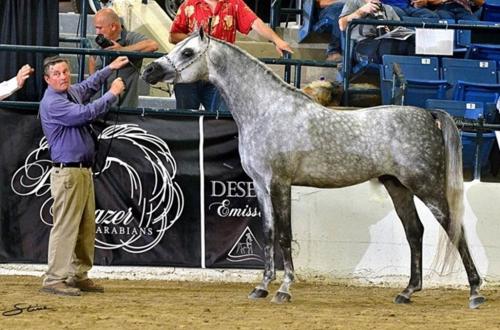