Wednesday, February 29, 2012 - 7:00pm
Gerzanne Arabian Stud, New Zealand
New Zealand
Our March Member spotlight takes us “down under” to visit Gerzanne Stud, run by Sue Spratt and Bev Jones. Established in 1996, Gerzanne Stud became the first Straight Egyptian stud in New Zealand. This year, the stud will also celebrate 45 years of Arabian breeding with an Open Day to be held on May 6th.

Sue and Bev recall the beginnings of the stud’s Straight Egyptian programs. “In 1994 we visited the famed Simeon Stud in Australia, where - among some of the most beautiful Straight Egyptian horses in the world today - we found Simeon Shemini.” Simeon Shemini – by the super-sire Asfour (Malik x Hanan) out of the equally-beautiful Simeon Shuala by Simeon Shai+– was just 5 months old when he arrived at Gerzanne. “We had researched this bloodline extensively and decided that these were the type of horses we wanted for our stud.”

Gerzanne went on to purchase Simeon Seviat (Anaza Bay Shahh x Simeon Simona) as a wife for Simeon Shemini, and she has since produced two very correct, beautiful daughters, SS Sevita and SS Haya, who are now foundation mares of Gerzanne Stud. Broadening the gene pool further at Gerzanne are two more Straight Egyptian mares – Simeon Setami (Simeon Sadik x Simeon Sucie) and Simeon Saharon (Imperial Madaar x Maardassa). “Simeon Setami has proved to be an exceptional broodmare; we have an exquisite filly out of her by Simeon Shemini - SS Sabriha. Simeon Saharon was chosen for her unbelievable movement and her crosses to Imperial Madheen and Ansata Nile Mist.” Simeon Saharon also has two daughters by Simeon Shemini: SS Azali and SS Tarifa, the 2009 New Zealand Intermediate Filly!

To date, Simeon Shemini has produced 16 National Champions, 8 Reserve National Champions and numerous National Top Five Awards - too numerous to list - from Gerzanne's Straight Egyptian and Egyptian-related mares, an amazing accolade for such a young horse. And this is added to his own list of accomplishments; by the time Shemini was 4 years old, he was NZ National Junior Champion, NZ National Champion Stallion, and - his greatest achievement - New Zealand National Supreme Champion. Simeon Shemini’s most “famous” son is SS Barabas, exported as a yearling to the Royal Stables of Jordan where he never fails to be in the Top Ten or Liberty Championship at the Middle East Championships.

Expanding Gerzanne Stud’s ranks even more is TF Fezzan, the first Straight Egyptian son of Botswana (Thee Desperado x The Minuet), who arrived at Gerzanne in September 2005 from the USA. At the 2009 New Zealand National Championships, Fezzan went on to win the title of New Zealand National Champion Stallion. “TF Fezzan has crossed unbelievably well with Simeon Setami,” remark Jones and Spratt, “producing three exceptional fillies plus a “World Class” colt, SS Kais.” SS Kais was decorated New Zealand National Intermediate Colt in 2011, gartering much positive attention; “breeders from around the world have commented that he is quite exceptional!”

Since joining The Pyramid Society in 2007, Sue and Bev have been able to attend one Egyptian Event, which turned out to be quite a memorable experience. “We were delighted to attend the 2007 Egyptian Event, where we were fortunate to meet so many breeders that we had only read about. They made our visit so special and welcoming. This made us realize how small the world really is.” Since then, the Gerzanne Stud team has been honored with visits from many of the very same people they met during that first Egyptian Event experience, which they both consider “a reward in itself for being a member of the Pyramid Society.”

“We are extremely proud of the quality of horses we are breeding at Gerzanne,” they add, “for surely creation is the art of turning dreams into reality – where temperament is paramount for two aging ladies!” 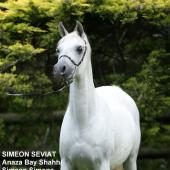 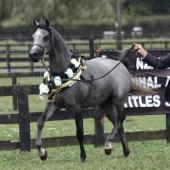 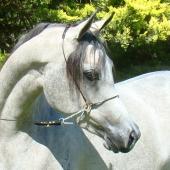 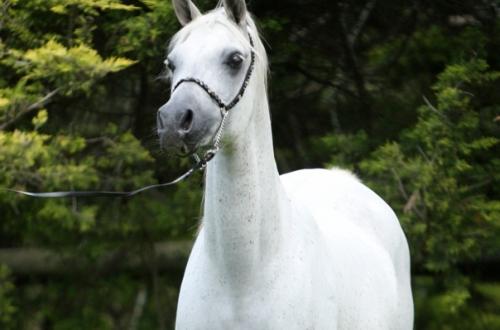 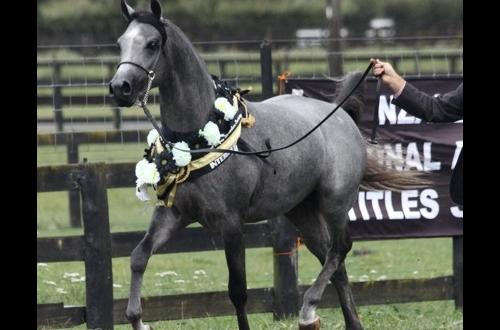 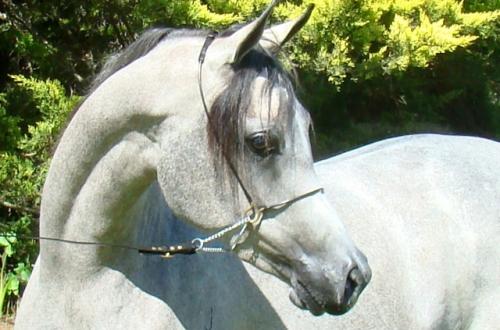