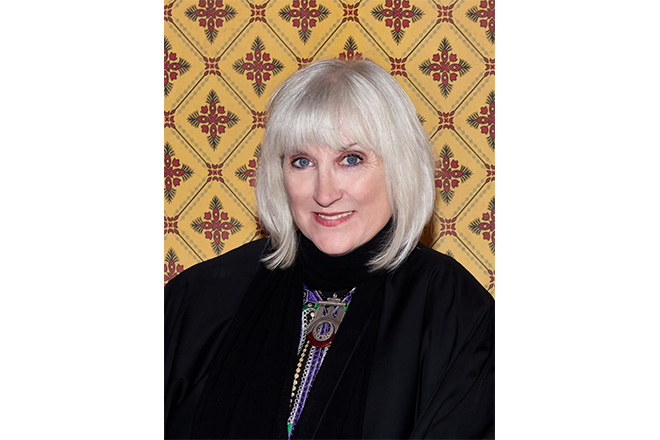 I recently realized it has been just over six months since my final transition to Executive Director took place.  The time has flown by in a flurry of activity, and while my mind is still full of future ideas and possibilities, I had to reflect that six months is but the blink of an eye in our Society history…..so let’s turn back the clock…

The year was 1969.  The Boeing 747 jumbo jet made its debut and humans set foot on the moon.  A music festival called Woodstock attracted more than 350,000 fans.  Richard Nixon was president of the United States and a company called Wal-Mart was incorporated.   Oh, and a group of enthusiasts of the Egyptian Arabian gathered in Texas and formed a Society to preserve, perpetuate and promote these unique horses.

Now the year is 2019.  A black hole was photographed for the first time as a result of an international team on four continents.  You can book a flight to outer space with a company founded by a former record store owner.  Google is a verb.  Uber is a verb.  A man who had his own reality television show is President of the United States.  Oh, and the Society has become a global organization, the Egyptian Arabian is treasured around the world, and we are celebrating our 50-year anniversary!

Think about it and rejoice!

For fifty years, despite those drastic changes in the world at large and despite many monumental changes in the world of Arabian horses, The Pyramid Society is still here!  For everyone who loves Egyptian Arabian horses the continuity of the Society remains a tremendous resource, from our wealth of educational books and materials, to our members whose ranks include the most renowned breeders in the world, to our annual Egyptian Event and our many programs and activities.  United in our passion, the opportunities are limitless.  Pyramid Society members are welcomed by fellow Society members and Egyptian enthusiasts around the world, so reach out to each other and be sure to take advantage of the Society’s resources and networking opportunities.  Always feel free to call our office, contact our board members and ask how we may assist you in pursuing your dreams with the Egyptian Arabian horse.

Sponsorships of our activities, fundraising, and donations towards income-generating publications and projects generate the rest of the Society’s revenue to support our mission.

The Society’s health and well-being, now and for the future, is dependent on those who so generously support us.  Thank you to each and every member and sponsor, including our international supporters, whose contributions over the past five years have provided over 50% of our sponsorship revenue.  Please join us in showing our appreciation by taking the opportunity to thank those who so generously support our efforts.  Every member, every contributor, every volunteer makes a difference!

It is easy to become lost in our own world of the Egyptian Arabian. And what an enchanting world it is – beauty, grace, heritage, excitement, camaraderie and friendship!   But it is also important to realize our world is affected by wider trends and influences, which help put our own challenges and opportunities in perspective.  We must understand that our current realities reflect those of other breeds, particularly in the United States and Europe.

But here’s the good news!   The decline has leveled off in recent years, and the Arabian breed is in the middle of these popular breeds when it comes to the downward trend – many had a more serious decline.  The Straight Egyptian in the United States experienced a relatively parallel decline, yet while Arabians decreased by 65% from 2001 – 2015, Straight Egyptians declined approximately 55% during the same time period.

And here is even better news!  Unique among these popular American breeds, the Arabian is actually on the increase in countries such as Saudi Arabia, Qatar, Kuwait and Egypt.  None of these other well-known U.S. breeds have a similar international growth!

The most exciting news is that in the countries where registrations are growing, much of this growth is due to the Straight Egyptian!  Egypt and Kuwait are prime examples. Therefore, from both a global perspective, and also in the United States, we are in a much better position than many other breeds.  All of which means we have a great opportunity to emphasize our longevity, our significance, and our successes and confidently move forward!

(Click here for a pdf of some relevant data)

On behalf of the Society, I would like to extend my sincerest thanks to Sheikha Sarah Fahad Al Sabah, General Manager and Undersecretary of the Amiri Diwan, as well as to the entire Board of Trustees of Bait Al Arab, Kuwait State Stud for their gracious invitation to represent The Pyramid Society at the Kuwait International Arabian Horse Festival, All-Nations Cup – Straight Egyptians.

Gratitude is also extended to Sheikh Khalid Al Gahtani, Mr. Abdulaziz M. Bukanan, and Sheikh Hamad Bin Quraya. organizers of Asharqia Arabian Horse Festival in Dammam, Kingdom of Saudi Arabia, (whose Gulf Straight Egyptian Arabian Cup is the only international Straight Egyptian show in the Kingdom), for hosting me at their event as well.

The Pyramid Society is always extremely honored to accept these exceptionally kind and gracious invitations which gives us the opportunity to meet with fellow Egyptian Arabian breeders and enthusiasts to promote unity and future opportunities at no expense to the Society.