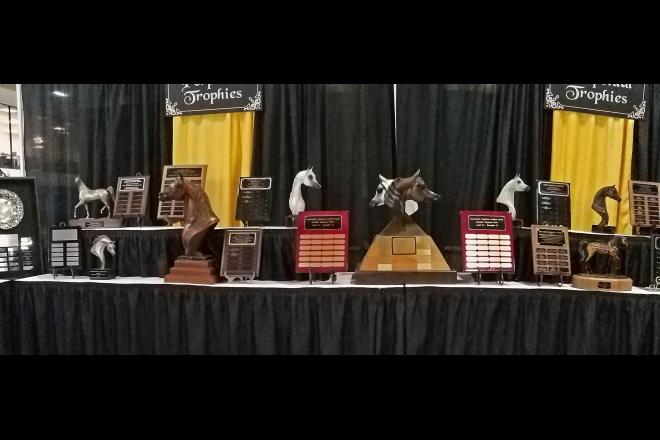 The Pyramid Society gratefully acknowledges the sponsors of the Egyptian Event’s Perpetual Trophies. These exquisite pieces of art have a very special meaning to each of the donors and represent the most cherished gifts of all; the gifts from the heart.

The trophies are on display throughout the week in the exhibit area and are permanently displayed in The Pyramid Society’s offices with the winner’s name proudly engraved on plaques for each of the respective trophies.

*MORAFIC MEMORIAL BRONZE - Presented Tuesday morning.
Get of PATRIOT LSA
The Sequel RCA x Tammens Ana
Lone Star Arabians, LLC
Awarded to the Winner of the Get of Sire Class and donated by Raymond & Karen Kasper in memory of Douglas & Margaret Marshall.

THE CALL OF FREEDOM PERPETUAL TROPHY - Presented Friday afternoon
219 KAISHAHN
El Halimaar x Hearts Embrace
Tammy & Warner Waite
This trophy, designed by the late Shary B. Akers, is awarded to the Winner of the Liberty Class Finals. Representing freedom, something very precious to the horseman it commemorates, this trophy is given in loving memory of Les Wagschal, by his wife Marny and daughter Zipporah.

Awarded to the winner of the Straight Egyptian Stallions 10 Years & Older and given by the family of W.J. and Pat Trapp to commemorate their legacy to the Egyptian Arabian community as well as to Nabiel, the 2003 designated Desert Legend honoree.

Chosen by ring officials, to be awarded for the most beautiful expression of the close bond between a rider’s heart and the soul of their performance horse. Given by Dr. Amy Fulmer-Vogel and John Vogel, Baitari Arabians, Pleasant Prairie, WI., in honor and memory of El Gohara+//.

Filly  205 FH SHAHTEENAH PSYCHE
Shaheen Al Waab x Psyches Premonishahn
Franlin D Holloman
Given in memory of Herman Fellton for his love of and devotion to, the art of breeding, Egyptian Arabian horses.

Sponsored by The Wisconsin Egyptian Arabian Horse Alliance, to honor the highest-placing amateur handler or rider at the 2016 Egyptian Event.


*Individual Breeder Awards presented to the Breeders of the winners in all the Straight Egyptian Futurity classes. 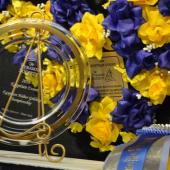 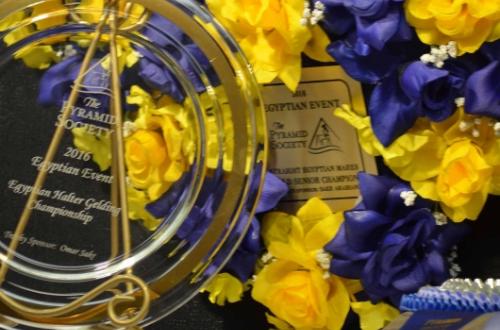