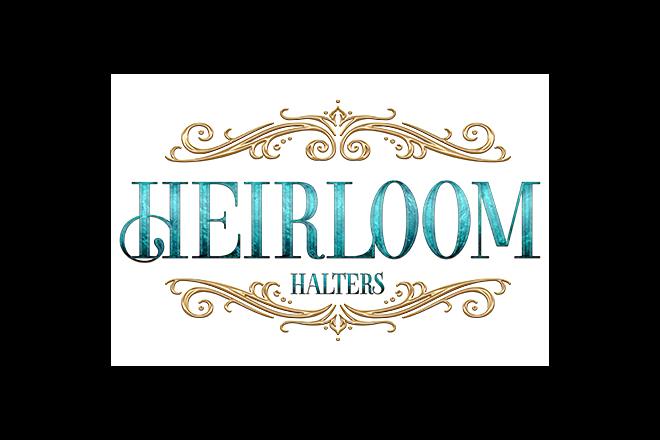 Heirloom is pleased to offer a 10% Discount to all current Pyramid Society members.
Heirloom Arabian Halters is owned by Nancy Gates, a Straight Egyptian Breeder for over ten years. Nancy designs and creates one-of-a-kind, unique show halters, breastcollars, blankets, and accessories. Custom designs working with your special Arabian are her passion! 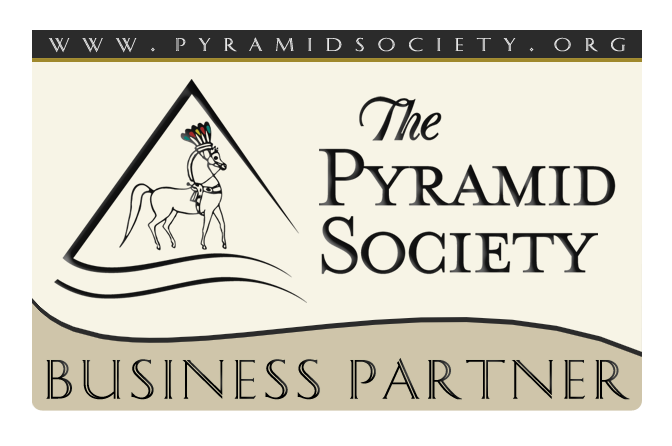 Nancy Gates of Heirloom Halters would like to invite all Pyramid Society members to visit their new website at www.HeirloomHalters.com and take advantage of their special 10% discount on all purchases through December 31, 2011! 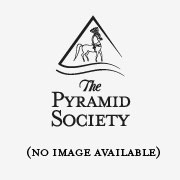 Fall Farm Tours a Huge Success for MEAHA and Participants 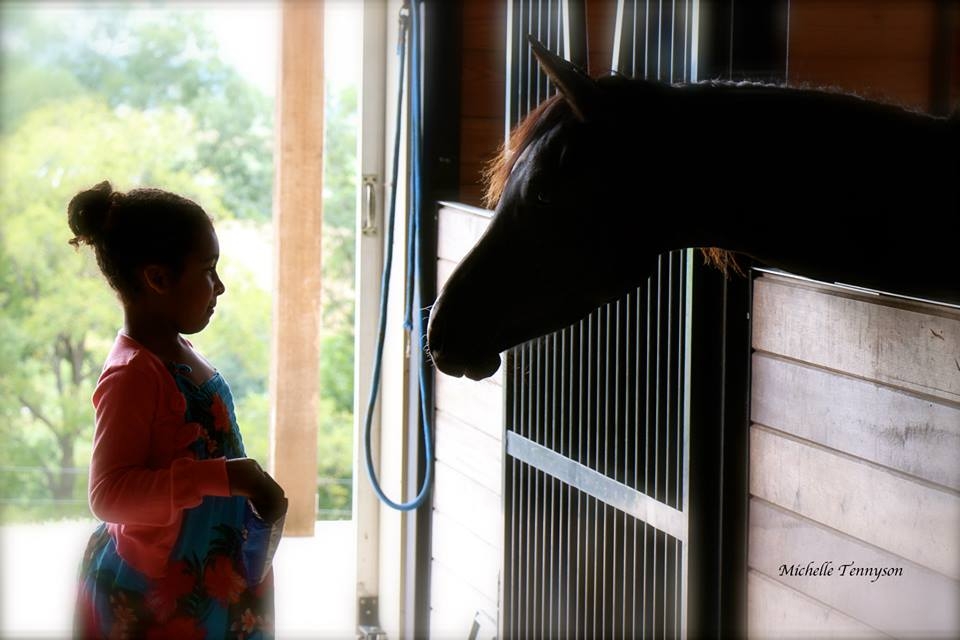 You’ve heard us say “Members make it happen,” and that’s certainly the case for the recent Midwest Egyptian Arabian Horse Alliance (MEAHA) Fall Farm Tours, which consisted of three unique stops, each of them proud Pyramid Society member farms in addition to being active participants of the newly-formed regional alliance.

Allyson Nutt of Acorn Arabians in Grain Valley, MO, helped to organize and promote the event, and she couldn’t be happier with how things went. “We all had a fantastic time enjoying friends, both old and new, food, and horses,” she says, “I personally was able to meet people that most everyone else already knew but I had yet to meet. I would like to thank The Pyramid Society again for supporting our small group!”

The progressive gathering, which itself wasn’t so small, welcomed nearly 50 attendees from throughout the region and beyond, including some brand new lovers of the breed. “Of particular note,” Allyson reports, “were newcomers Dana and Mark LaMair from Pleasant Hope, MO. They recently purchased ten Straight Egyptians from the Serenity Arabians herd. They previously have showed Morgans and now they have jumped into our world with both feet!” According to Allyson, the person travelling the furthest was Augusta Hammock from California!

Gail Mailloux of Two Silos Farm in Rogersville, MO, the final stop on the tour, noted that the majority of the guests at her stop were new visitors. “This is great,” she says, “Some had never seen an Egyptian Arabian before and didn’t know about their history or rarity. Here, we talked about the origin of the Egyptian Arabian Horse, The Pyramid Society, and about characteristics of the Egyptian Arabian. Then, we presented mares with foals at their sides.”

The 125 mile tour began at Marc and Debi Reed’s Sand Rock Arabians, located not far from the shores of Missouri’s sprawling Truman Lake in Deepwater. From there, it traveled east to Kristi and David George’s Silver Lake Farm in Warsaw, at the other end of the lake. Finally, attendees headed south down the highway to Rogersville, home of Two Silos.

While the hosts and the guests all thoroughly enjoyed themselves, Allyson reports that “as a new group, this tour taught us a few lessons. The word spread, but, getting connected with us was hard for some. We also had a couple of lost drivers, but thanks to smart phones and The Pyramid Society website, they were able to locate a phone number, connect with a club member, and get the right directions.”

In addition, the group offered to do “ride sharing” to alleviate the stress of anyone making a long drive, but Allyson still believes there’s room to improve. “Next tour, we’ll have better advertising with phone numbers, possibly vans for a better transportation experience, and name tags for all attendees.”

As for this time, travel hiccups sure didn’t stand in the way of excitement and smiles. “The Pyramid Society graciously donated the beautiful Gleannloch Farms: The Legend and the Legacy tribute book, and Mr. Jo-Martin Archuleta was the lucky winner!” states Allyson. In addition, Two Silos held drawings for copies of Bachir Bserani’s Authentic Arabian Horse Names, with copies going to Jo-Martin Archuleta, Jennifer Mast Spencer, and Pamela Amberson. Nancy Gates, a long-time Pyramid Society member and Business Partner, also donated a beautiful halter from Heirloom Halters, which was won by Mark and Dana LaMair!

As the day drew to a close, all of the tour’s participants gathered with Pyramid Society member and seasoned photographer Randi Clark in the pastures of Two Silos for a group shot with the World Champion Straight Egyptian stallion, Hadidi. Gail remarks, “Soon to be twenty-five years old, Hadidi got the ‘Mr. Naughty Showoff Award’ during our horse presentation by repetitively rearing in glee, but he did manage to stand perfectly for his picture with the crowd!” Gail adds, “it was a beautiful day and was especially gratifying to have those new to Egyptian Arabians say, ‘these horses just blew me away; I had no idea!’”

Congratulations to MEAHA for hosting an outstanding event, and thank you to each of the participating farms for being ambassadors for the breed and for The Pyramid Society!