The Pyramid Society Staff is ready to assist you with questions about your horses and with pedigree verification. You may begin the process of verifying your horses as Straight Egyptian or Egyptian-Sired by contacting us via e-mail at info@pyramidsociety.org or by phone at (859) 231-0771.

What is Straight Egyptian?

A timeless beauty… noble face… mane as fine as silk… legs, delicate but iron-strong… tail like a fountain... instantly recognizable in any company...

This is the Arabian horse. But is it a Straight Egyptian?

Straight Egyptian Arabians as we know them today reach back to the mares and stallions of Viceroy Mohammed Ali and his grandson Abbas Pasha I. Authentic and pure… they came in unbroken line from Bedouin tribes in the Arabian deserts. To this point, the answer is simple enough. Yet the path forward is one of intriguing twists and turns...

Abbas Pasha was assassinated in 1854 and his fabled stud was disbanded and his horses scattered.

Some horses were added to European collections; others remained in Egypt with Ali Pasha Sherif, a relative with a passion for the finest of desert-bred horses. With the dispersal of his magnificent stud, the horses moved into many hands, among them those of Lady Anne Blunt, whose journeys in search of desert horses are legendary.

In the late 19th and early 20th centuries, princes of the Egyptian royal family and other notables of the time collected and bred pure Arabian horses, some from the celebrated ranks of the Abbas Pasha tradition; others from sheikhs in Arabia.

The Royal Agricultural Society (R.A.S.) was formed in 1908 to assure the preservation of what was surely an historic national treasure.

In 1952, following the overthrow of King Farouk, a few notable horses of the former Inshass Stud (Royal Stables of King Fuad and King Farouk) were brought into the R.A.S., newly named the Egyptian Agricultural Organization (E.A.O.).

At the time, however, many were of the mind that Arabian horses were the sign and symbol of excessive wealth and should, therefore, be dispersed.

Then-Minister of Agriculture Sayed Marei was of a different mind. “It would be as if we were erasing the Great Pyramids of Egypt,” he insisted. Public sentiment shifted. The E.A.O. remained in place…and with it the pure, authentic horse of the desert. 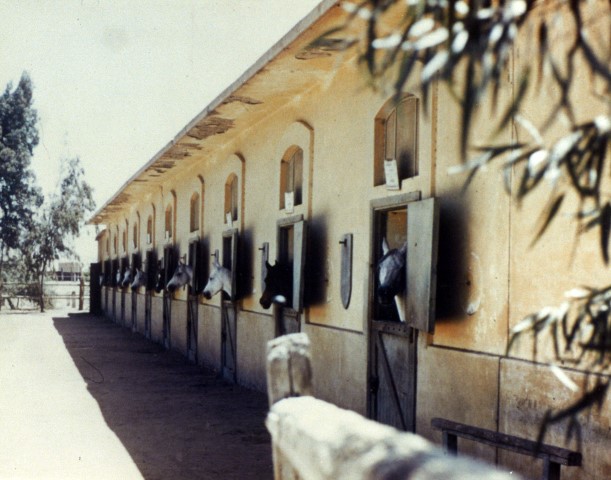 A Straight Egyptian is, simply put, the totally modern illustration of an enduring desert tradition - working its magic through change and challenge.

The Pyramid Society Staff is ready to assist you with questions about your horses and with pedigree verification. You may begin the process of verifying your horses as Straight Egyptian or Egyptian-Sired by contacting us via e-mail at info@pyramidsociety.org or by phone at (859) 231-0771.